Education is a very valuable asset, and students and parents are always scouting for the best tutor.

This led her to start GuruQ in 2017 in New Delhi. The edtech startup is a one of its kind digital platform connecting tutors and students. It wants to redefine the quality standards of the education system in India, and introduce the human element into the whole aspect of teaching. 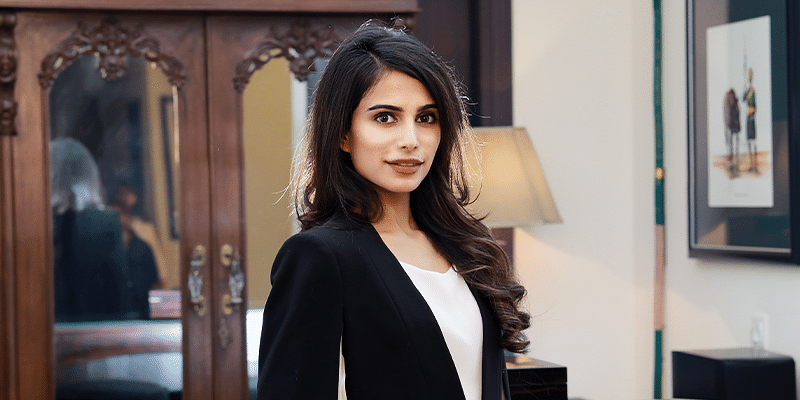 Minal says: “We want to be the one-stop-shop for all tutoring and learning needs.”

The startup has over 5,000 students registered with it. GuruQ is currently present in three states – National Capital Region (NCR), Haryana, and Punjab.

For a year, in 2016, Minal tried to understand the education system in India, and thought about the best strategy that would work in the Indian market.

“We wanted to fix the tutoring system in India and created a platform, which is customised for the Indian market,” says Minal.

When it launched it services, GuruQ did not go through the conventional path of e-learning or providing content. Rather, it created a credible platform where the best tutors were made available for students and parents to choose from.

The goal was to create a customised and unified platform where students and parents could come find the tutors suitable for them, whether it is for school subjects, competitive exams, to study abroad, or to learn foreign languages.

However, the differentiating factor for GuruQ, unlike other edtech startups such as Byju’s, Vedantu or Khan Academy, was that it was not providing any content or any e-learning modes. The rationale was simple, according to Minal, who feels the India tutoring market is predominantly home-based.

“Parents do not think it is very impactful if it is just online tutoring,” she remarks.How it works?

GuruQ provides services to the entire spectrum of tutoring, but the largest demand for the startup comes from the K-12 segment. Besides, it also provides tutoring services in foreign languages and basic business communication skills for working professionals.

The startup, with a team of 30 people, has around 90 percent of its services catering to offline tutoring, while the rest is online.

Minal says, GuruQ went about selecting the tutors for its platform through a very rigorous, five-stage screening process so that only the best were onboarded. “We are in a service industry, so it becomes important that we keep everything thorough,” says Minal.

The startup works on a commission model where it charges a certain fee from both the tutors and the students. The founder says, the growth has been good over the year, without divulging on the actual revenues.

Minal says, “The biggest advantage of our platform is the flexibility it provides – whether it is the form of classes or the fees charged.”

GuruQ charges customers anywhere between Rs 200 per hour and Rs 2,000 per hour, depending on the requirement. At the same time, it also provides the flexibility where students can choose the timing in case of any urgent requirement. The startup also allows tutors to fix their own rates.

The bootstrapped venture has received funding from high net worth individuals (HNIs) amounting to Rs 4.5 crore till date, and is looking to raise more funds.

However, Minal believes the real gamechanger for the company started when it launched GuruQ app. Till then, GuruQ was building the foundation blocks where it brought the vital connect between the tutors and students. But now, with the app, discovering the platform will be much easier.

“Through the app, it will become easier to find the right tutor and it bridges the gap,” says Minal. She claims the app has already seen over a thousand downloads without any marketing push.

Minal says, the growth of GuruQ has been good till now as it has been building the community of students, tutors, and parents over the last three years.

On the competitive scenario, Minal says, “Unlike others, which are content-based platforms, we provide actual teachers. We are not here to change the mindset but are looking at ways on how the whole tutoring system can be further improved.”

The startup plans to expand to other regions such as Lucknow, Kanpur, Jaipur, and Jammu in the next one year. It also has plans to launch in South India.

“We would primarily like to go to places where there is a good student-teacher ratio,” says Minal.

How to Evaluate an Online Video Platform

Cosmetics branding: how to build a brand in the cosmetics industry

Top 15 Branding Podcasts You Must Subscribe and Listen To