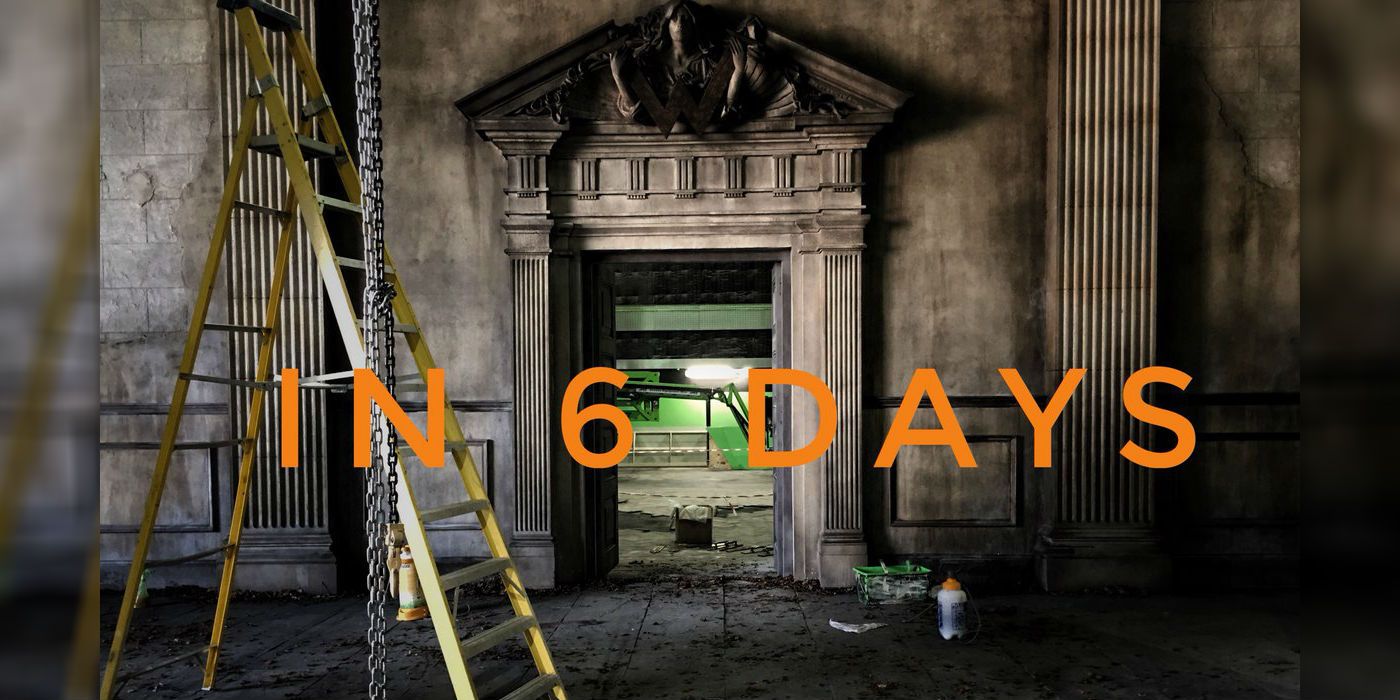 Zack Snyder hypes up the upcoming DC FanDome event by teasing the Hall of Justice in his version of Justice League. DC skipped this year’s San Diego Comic-Con virtual event and organized their own digital convention taking place on August 22. The one-day affair promises a lot of surprises, including new information about Snyder’s Justice League.

After more than two years of relentless campaigning from members of the Release the Snyder Cut movement, fans are finally getting what they want. Snyder is finishing his vision for Justice League, and it will release on HBO Max next year. While Snyder finished principal photography of the original movie, he had to step away from it due to a personal tragedy. This resulted in Joss Whedon manning extensive reshoots and assembling its final cut, which is significantly different from the original filmmaker’s plan.

Related: Justice League: How Zack Snyder Went Behind WB’s Back to Sneak in Superman’s Black Suit

With another chance to execute his Justice League vision, Snyder has been working hard to finish his version of the film, and he’s gearing up to release the first proper footage for it at DC FanDome. It’s uncertain what he’s cooking for fans, but he’s now shared an image of Wayne Manor before it becomes the Hall of Justice. Check out the photo below:

At the end of the heroes’ fight against Steppenwolf, Bruce Banner/Batman (Ben Affleck) and Diana Prince/Wonder Woman (Gal Gadot) make significant steps to properly establish the Justice League. And they’re starting by establishing a base. After years of being neglected, Bruce decided to open up the Wayne Manor and make it their headquarters, effectively transforming it to become the DCEU’s version of the Hall of Justice. Based on Snyder’s aforementioned post, fans may see something in relation to the scene in the film. Aside from a new Justice League clip, the filmmaker also previously said that they will announce what format the Snyder Cut will be- a feature-length film or a miniseries.

Considering that the public has a basic idea of what’s happening in Justice League since a version of it was released on theaters in 2017, marketing for the so-called Snyder Cut should be different and is something that Snyder is doing. Instead of focusing on the big moments in the film that fans already know about, the director is focusing on teasing elements from his cut that didn’t make the theatrical version. This is a clever way to further hype fans who have been wanting to see his original vision for the film for quite a while now and also entice the general viewing public by offering them something different from what they saw in cinemas. It’s worth noting, however, that Snyder’s upcoming project exists outside of the DCEU, so it’s curious how he plans to end his latest take on Justice League since his initial plan was to end it with a set-up for Part 2.

How to Use Real Estate Video Marketing to Sell More Property

How to spy on your competitors