Earlier this month, online music streaming platform Gaana announced the launch of Hotshots, which will allow content enthusiasts to create short videos and stories, to its 150 million user base.

The move, which comes after India’s ban on 59 Chinese apps, including TikTok, may see a majority of the Bytedance-owned company’s users migrating to Gaana. 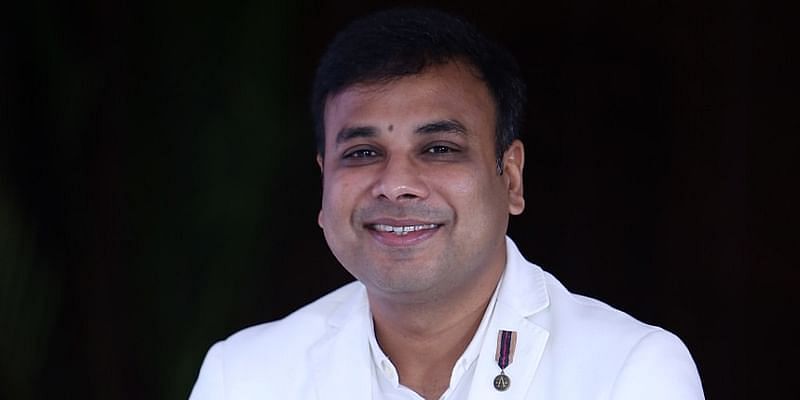 Prashan Agarwal, CEO, Gaana, believes that the Noida-based company is poised to “lead the short video revolution in the country” as it has the essential technology, and deep relationships with the influencer/artist community.

Prashan says Gaana, which saw a 13 percent rise in music consumption across India amid the COVID-19 pandemic, will grow to around 500 million users in the next three years across the Music, Podcasts, and HotShots categories.

HotShots will provide influencers the scale and infrastructure to reach a massive audience that thrives on digital entertainment. It will host HotShot Challenges in music, comedy, and dance by influencers, celebs, and international artists.

Prashan, who co-founded the real-estate marketplace Prop Tiger and held leadership roles at Naukri, Sapient, and GE infrastructure before joining Times Internet, speaks to YourStory about Gaana's performance before and amid the coronavirus pandemic, why the music-streaming platform entered the short video content market with HotShots, and plans for the future.

Edited excerpts from the interview:

YourStory (YS): What kind of growth did Gaana see in the pre-COVID world?

Prashan Agarwal (PA): Gaana has more than 150 million monthly active users (MAU). Our MAU grew by 50 percent year on year as compared to the FY19 MAU of 100 million.

As the early mover in this segment, we have been pioneers in educating Indian users about the benefits of digital music streaming and have worked with various stakeholders on initiatives to bring down piracy in the music industry. The number of paid subscribers on Gaana grew 3x from FY19 to FY20.

YS: What kind of growth did Gaana see amid the COVID-19 pandemic?

PA: Gaana saw a 13 percent rise in music consumption across India, with a notable 12 percent spike in romantic playlist streams across all age groups and 14 percent increase in devotional playlists – even among 18-24-year-olds!

Besides romance and spirituality, there has been a whopping 26 percent surge in workout playlists as people are bringing their gyms home, and a 24 percent surge in motivational or self-help podcasts as they are keeping themselves focused to power through the odds.

Also Read[Techie Tuesday] Abhinav Lal on how a love for coding, passion for redefining healthcare led to PractoYS: Why launch something like HotShots, especially when others are also doing the same thing?

PA: We had launched Gaana Videos, for short video PGC content, to help the singer community connect with our user base a year back. We saw tremendous usage of these videos by our users. One of the primary use cases of erstwhile short video platforms was promotion of music; they helped break out songs.

Given that we have the technology backbone of short video in place, deep relationships with the influencer/artist community, and powerful machine learning engine for music recommendations, Gaana is best placed to lead the short video revolution in the country.

As the country’s largest music streaming app, our intention to expand into short video content is in line with our overarching vision to be an entertainment super app with audio at the core of user engagement.

YS: What kind of user behaviour and usage patterns do you already see on HotShots?

PA: An unprecedented amount of creativity has been unleashed on the HotShots platform within a week of launch. We foresee a new wave of short content creators catering to this new scene.

Besides our world-class product, premium influencers and artists on our platform such as Neha Kakkar, Riyaz Aly, Darshan Raval, Avneet Kaur, Awez Darbar, Jannat Zubair, and Sunanda Sharma have got us off to a flying start.

Also Read[YS Learn] Why PolicyBazaar CEO Sarbvir Singh believes it is the time to over-communicate
YS: Could you share some examples of overall Gaana user behaviours and consumer patterns?

PA: Indians are exploring new genres of music and audio content, and are also doing it at different times during the day. There's party music playing in the morning, devotional podcasts in the evening, and relaxing Zen music in the afternoons.

Podcasts have emerged as a clear favourite among many listeners, with storytelling, comedy, devotional, inspirational, and kids being the top genres. We have been working relentlessly to innovate and produce relatable and original podcasts that engage discerning Indian audiences to cater to this rising demand.

We recently launched our second batch of a platform-exclusive line-up of podcasts and shows, including ‘Umeed by Zakir Khan’, ‘Corona Se Jeetengey’, and ‘DIY Karona’ that are commissioned by our internal team and produced by our in-house creative shop Gaana Studios.YS: Where do you see this market headed?

PA: In the short term, more than 100 million users will try multiple replacement apps for short video content consumption. The key differentiator will be quality of product (especially the camera tool, which will attract creators), quality of content (led by top influencers and supported by the creativity of millions of creators), and the quality of recommendation.

The number of downloads is a metric does not count here. What matters most is to get the above USPs in place to engage and retain this customer base…that will be our No. 1 focus.

YS: Do you see an increase in subscriber base and what are your future plans?

PA: Gaana has more than 150 million monthly active users. Our paid subscriptions are currently a single-digit percentage of our overall user base, but it has grown by more than 3x since last year as a significant number of Indian millennials are choosing a premium ad-free digital music experience over poor quality pirated music.

In terms of our future plans, currently, only 10 percent of the Indian population is consuming music online. It is already one of the hottest sectors for advertisers looking to tap into an engaged and primarily millennial audience.

As music streaming marketing continues to grow, our goal would be to cross 2​5​0 ​million ​​MAU within this financial year, tapping into the potential for increased advertising revenues on the back of customised branding solutions.

Overall, we believe the market for Gaana will grow to around 500 million users in the next three years across Music, Podcasts, and HotShots.

Want to make your startup journey smooth? YS Education brings a comprehensive Funding Course, where you also get a chance to pitch your business plan to top investors. Click here to know more.

Where Do Mosquitos Go in the Winter?