Be sure to check out the Internet Statistics Database for further stats and insight.

New research by Sprout Social, based on a survey of 1,505 US consumers, suggests that consumers are becoming increasingly sceptical about brands taking a stand.

Despite more brands standing up for social and political issues than ever before, brand credibility has actually taken a slight hit in the past couple of years. Today, 39% of consumers feel brands are not credible when taking a stand – up 18% from 2017.

The survey also found that 53% of consumers believe brands take a stand for public relations and marketing purposes, while 35% of consumers perceive brands speaking out as jumping on the bandwagon. Sprout Social goes on to explain how this cynical view of brands have given way to new terminology like ‘woke-washing’, or ‘rainbow capitalism’ (which is when businesses take advantage of the LGBTQ+ movement for sales and marketing purposes).

Five brand campaigns that took a stand on social issues

A new study by IAS has highlighted the dangers of putting ads next to poor-quality content. This is because – as well as consumers being more receptive to ads next to high quality content – poor placement can damage brand reputations.

In a survey, 55% of UK consumers stated that they feel less favourable about brands after seeing ads in sub-standard settings, and 70% would stop using those brands all together. Meanwhile, a further 68% of consumers hold brands accountable for poor placements and this figure only increases globally: reaching 72% in France, and 86% in Indonesia.

As part of ‘The Smartphone Market’ report, GlobalWebIndex has surveyed 2,545 US and 2,738 UK consumers to better understand what would drive them to upgrade or purchase a new smartphone.

Reflecting consumers’ biggest frustrations about their current phone, core features such as battery life, storage, and camera picture quality all top the list of smartphone functionalities that are most important. This holds true across all age groups, but importance does drop slightly for older consumers.

Overall, 77% of all internet users say that battery life is the top most desired feature, while 65% say storage.

In contrast, fancier and more future-forward features such as AR or VR, biometric security, and 5G compatibility come way down the bottom of the rankings. Despite the finding that 37% of consumers in the UK and US say they will switch to 5G as soon as it becomes available, the report suggests that other innovative features aren’t yet competitive purchase drivers.

Only 14% of proximity adverts use high-quality signals

Only 14% of proximity adverts use GPS data, despite it being more accurate and more reliable than IP data. This is according to the analysis of more than 500 million digital location targeted impressions by Location Sciences.

The reason for this is the introduction of new privacy regulations including the General Data Protection Regulation (GDPR) and the California Consumer Privacy Act (CCPA). The increasingly difficulty for ad tech companies accessing location data has also lead to more fraudulent signals on the market.

During the study, the data signals that Location Sciences detected were made up of 63% of randomly generated GPS signals (a random set generated by a computer in any given area). Meanwhile, 35% were made up of device teleportation (where the same device ID is spotted in two different places at nearly the same time), and 10% hard clustering (which are distributed far too evenly over the area, rather than being clustered around major cities).

New research by ActiveCampaign has uncovered what forms of advertising typically drive consumer online buying behaviour. The study assumes that the first action an online shopper will take to express interest in a product can be to click a link to learn more, type in the brand domain direct, or run a search for the product or brand.

When it comes to inspiring product research, 23% of survey respondents cited social media ads as the number one most effective form of advertising – out of 11 different common advertising and promotional mediums offered. Meanwhile, a mention of a product in an online or print article was found to be most effective for inspiring shoppers to make a purchase when they’d previously researched it but not bought it.

Lastly, the study found that email is the most effective method for inspiring repeat purchases from a brand, cited by 28% of respondents. This was followed by a mention in an article.

In 2019 alone, advertisers will spend close to $60 billion on programmatic. This is according to Adelphi, and its new report, “Programmatic Advertising in the Trenches”.

The report, which is based on a survey of 250 programmatic traders in the US, also suggests that the growing number of channels and ad formats is making roles increasingly difficult. More than 97% of traders agreed with this, with 98.4% of traders also saying they wish they had a truly cross-channel, trustworthy platform through which they could successfully run all of their cross-channel campaigns.

Meanwhile, the report found that traders have some concerns about data quality, especially when it comes to the reliance on cookies alone. 98% of traders said they consider first-party data to be the better alternative. 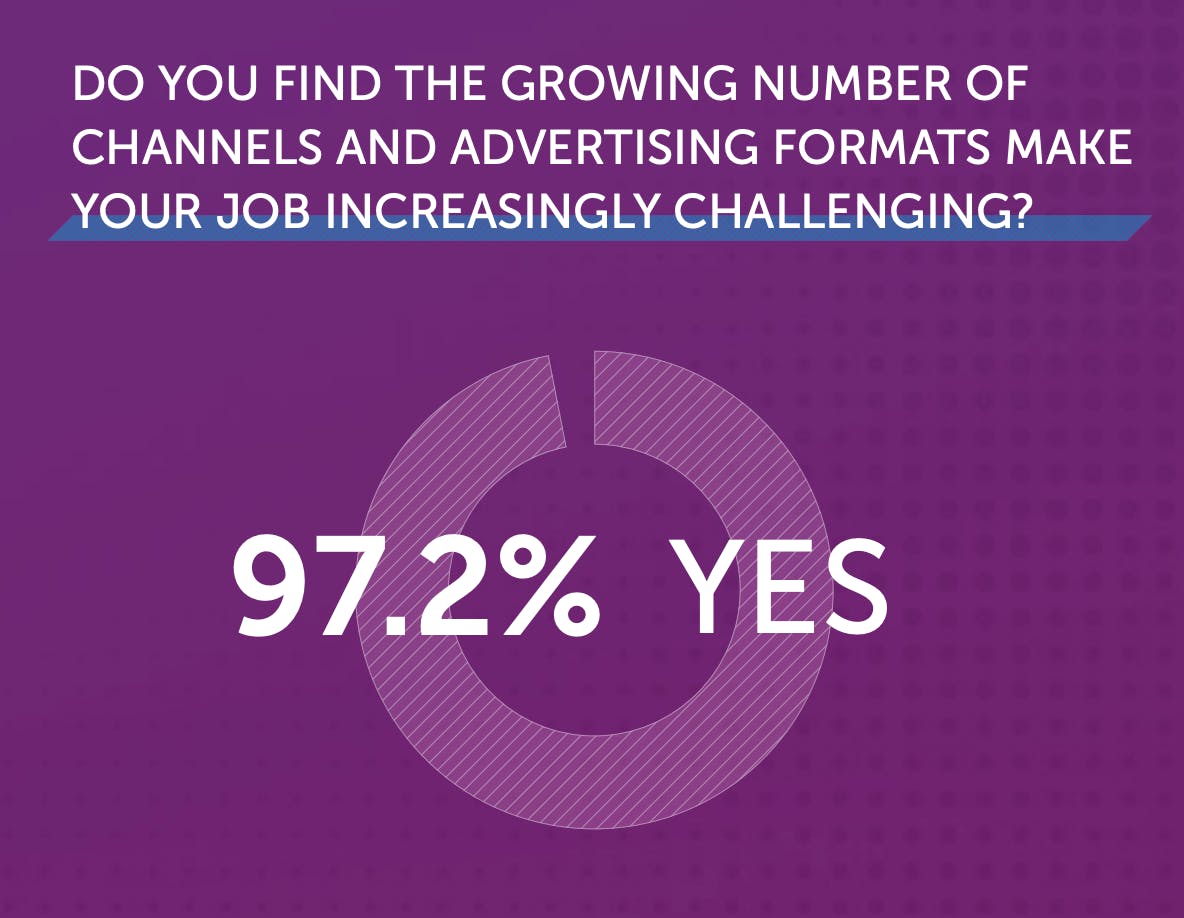 Disney+ is Proof of the Power of Digital Transformation