Google and Facebook are increasingly slurping up every ad dollar on the internet. Their dominant position is upending the business models of traditional and startup media companies alike. The click-driven ad model of yore is leaving a graveyard in its wake, as once high-flying companies like Mic collapse.

Learning from the wave of SaaS startups that have launched and gone public over the past decade, media companies are increasingly exploring subscription models as a way to provide robust, recurring revenue while also building closer ties to customers to boot (btw, have you heard of Extra Crunch?). And customers seem ready to open their wallets as well.

That transition from ad revenue to subscription means that the infrastructure undergirding these companies needs to be completely ripped out and replaced with new solutions designed to solve a whole new set of problems — and opportunities.

Enter Pico. The company, the brainchild of childhood friends and Stanford grads Nick Chen and Jason Bade, wants to imprint a customer-first mentality right into the software powering media companies. At its core, Pico is an identity layer for media — offering a way to implement paywalls, checkouts, and analytics while actually knowing who your customers are. Essentially, it’s CRM for media companies, and the company is announcing the product’s general availability today.

That model has also caught the eye of investors. Precursor Ventures and payments processor Stripe are co-leading a $4.5 million seed round into the company, along with Bloomberg Beta, Village Global, and Axel Springer Digital Ventures, the German media giant which acquired Business Insider in 2015. Charles Hudson, who was one of the startup’s first investors, will join the board.

Chen explained that there has been a sea change in the media world since the company’s founding in 2016 as PennyPass. Beyond Google and Facebook’s dominance of ad spend, he noted that “the other observation was that, wow, consumers are really ready to pay for content between the New York Times and Netflix and the App Store. This behavior isn’t just music, right? This behavior is now commonplace. So there’s an opportunity for a Cambrian explosion of media entrepreneurs.”

Bade argued that this change opens the opportunity for Pico to insert itself into media infrastructure. “If you’re going to start treating your readers as customers — and not anonymous impressions — [media companies] have to start thinking about a whole different tech stack, which isn’t ad tech, which isn’t [Google Analytics] at the anonymized, audience cohort level. But it’s a customer tech stack, its marketing funnels, it’s moving people down from the top of the funnel into a payment, and then retention.” 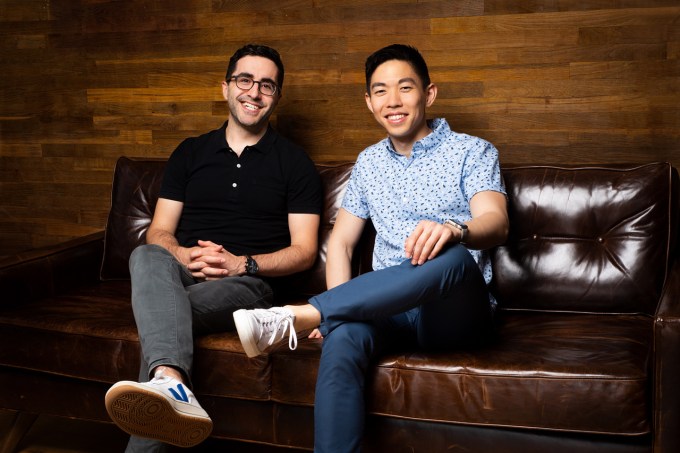 While there are individual point solutions that may solve each of Pico’s features from payments to email address collection, Chen and Bade are betting that a great out-of-the-box experience with intense focus on conversion and retention can give them a competitive advantage in the marketplace. “When it comes to actually turning on Pico, it’s a matter of minutes. Our whole mantra is we know code,” Chen said. That allows media entrepreneurs to focus on what they do best — producing great content — and allows the Pico team to optimize its product for its customers’ revenue growth and reader satisfaction.

The company’s customer base includes projects funded by the blockchain news network Civil such as the Colorado Sun and Block Club Chicago as well as niche publications like Teslarati, which obsesses about all things Tesla, and ImpactAlpha, which focuses on the impact investing world.

Stripe’s investment follows the unicorn’s expanding engagement with the publishing industry. The company publishes Increment magazine, which analyzes engineering issues, and the company has also formed Stripe Press, which produces books on topics broadly in the startup and engineering space.

Pico joins a couple of different companies targeting the next-generation of media companies. For example, Substack, an SF-based startup, focuses on paid email newsletter businesses in the model of Ben Thompson’s Stratechery.

Ultimately, Pico wants to coin its own segment. As Chen explained, “What we see emerging is this product category of ‘audience relationship management.’ We see it as obviously a subcategory of CRM, but it is distinct.” He welcomes competition to the space. “It’s day one of this shift in the industry. And, you know, if it’s as big as we anticipate, there’s going to be a lot more activity in this space in the next few years.”

Brainjunk and the killing of the internet mind

How to Evaluate an Online Video Platform