Leap Club will lead investments as the primary investor in early-stage female-led companies. Over the next 12 months, Leap Club will work with 10-15 early-stage businesses and invest between $50,000 and $500,000.

“Venture funding broke all records in 2021. But there is one stat that did not move at all — female founders raising just 2 percent of venture capital money… We have 800+ female founders as members, and through our interactions with them, we have learnt that access to capital and networks is the big blocker. We realised that we are in a position to make a difference, and thus ‘the table’ was born,” said Ragini Das and Anand Sinha, Co-founders, Leap Club.

The fund, which was oversubscribed 1.6X times, aims to make 16-18 investments in early-stage startups.

“We’ve made great progress towards our mission to build next-generation entrepreneurs out of India. In the last 18 months, we’ve invested in four futuristic organisations, onboarded a coveted team of advisors, and set up strong governance mechanisms. This is the primary reason for us to get an overwhelming response to the fund even in these challenging times. We continue to focus on our strategy of investing in B2B startups to capitalise on our extensive domain expertise across markets.” 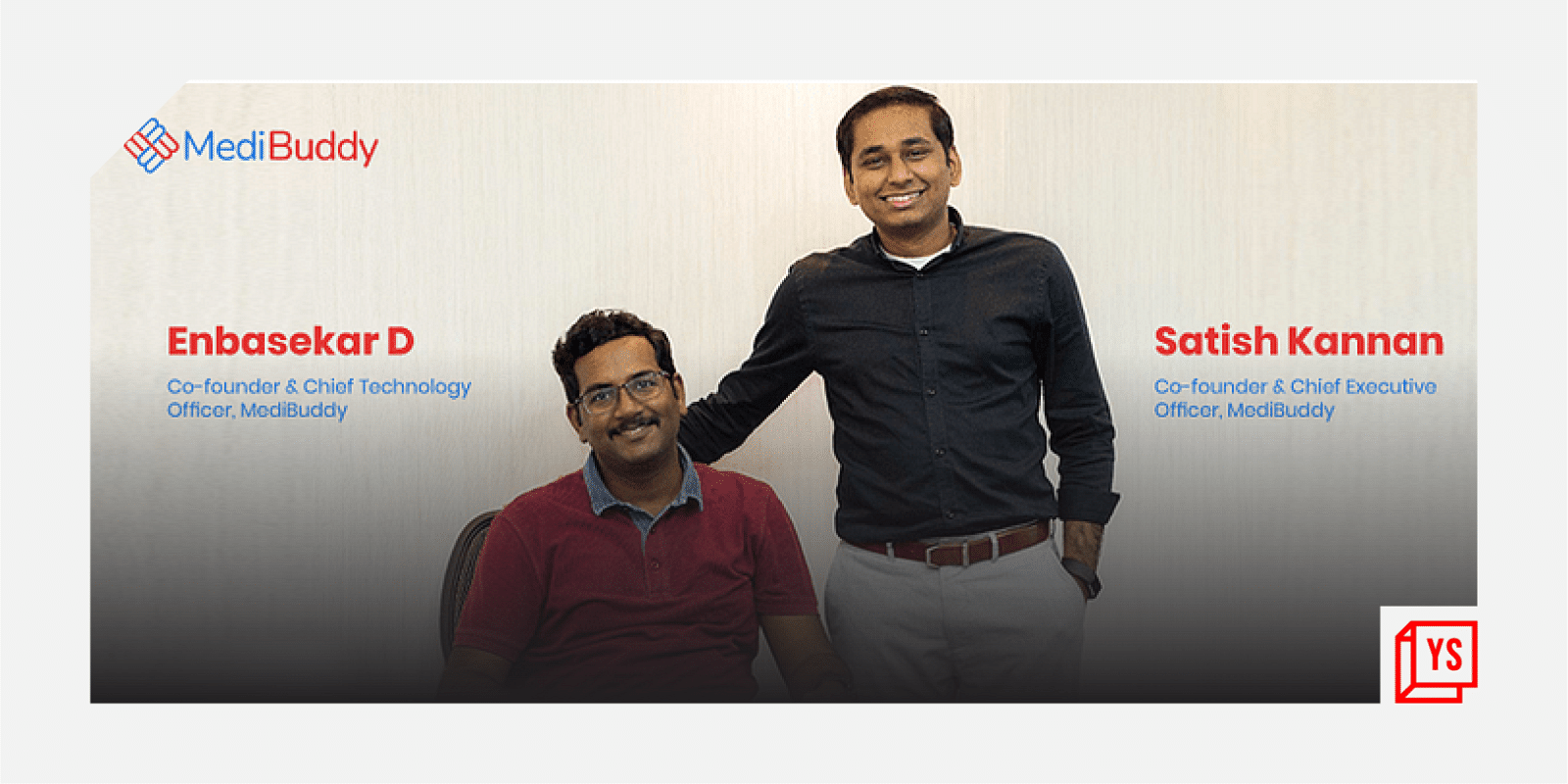 Set up in 2013 as a deep tech incubator, MediBuddy co-founders — Satish Kannan and Enbasekar — were among the incubation cell’s first incubate. They started their startup journey in 2013 with modest funding of Rs 5 lakh.

At present, IIT-M Incubation Cell has paved the way for over 250 startups to create an environment for budding entrepreneurs. It also provides them with the necessary support to survive and grow in a competitive market.

Satish Kannan, Co-founder and CEO, MediBuddy, said, “When all we had was an idea, IIT-M acknowledged the power nestled within it. The initial Rs 5 lakh that was given by IIT Madras truly helped us get started. Today, we are happy that we, at MediBuddy, are helping a lot of patients across the nation, and we are also able to express our gratitude to IIT with Rs 14 crore.”

He added, “This capital, I believe, will help at least 250 more startups like us realise their dreams. All of them would also get the resources and guidance to build great companies. We are delighted that we can pay it forward today!” 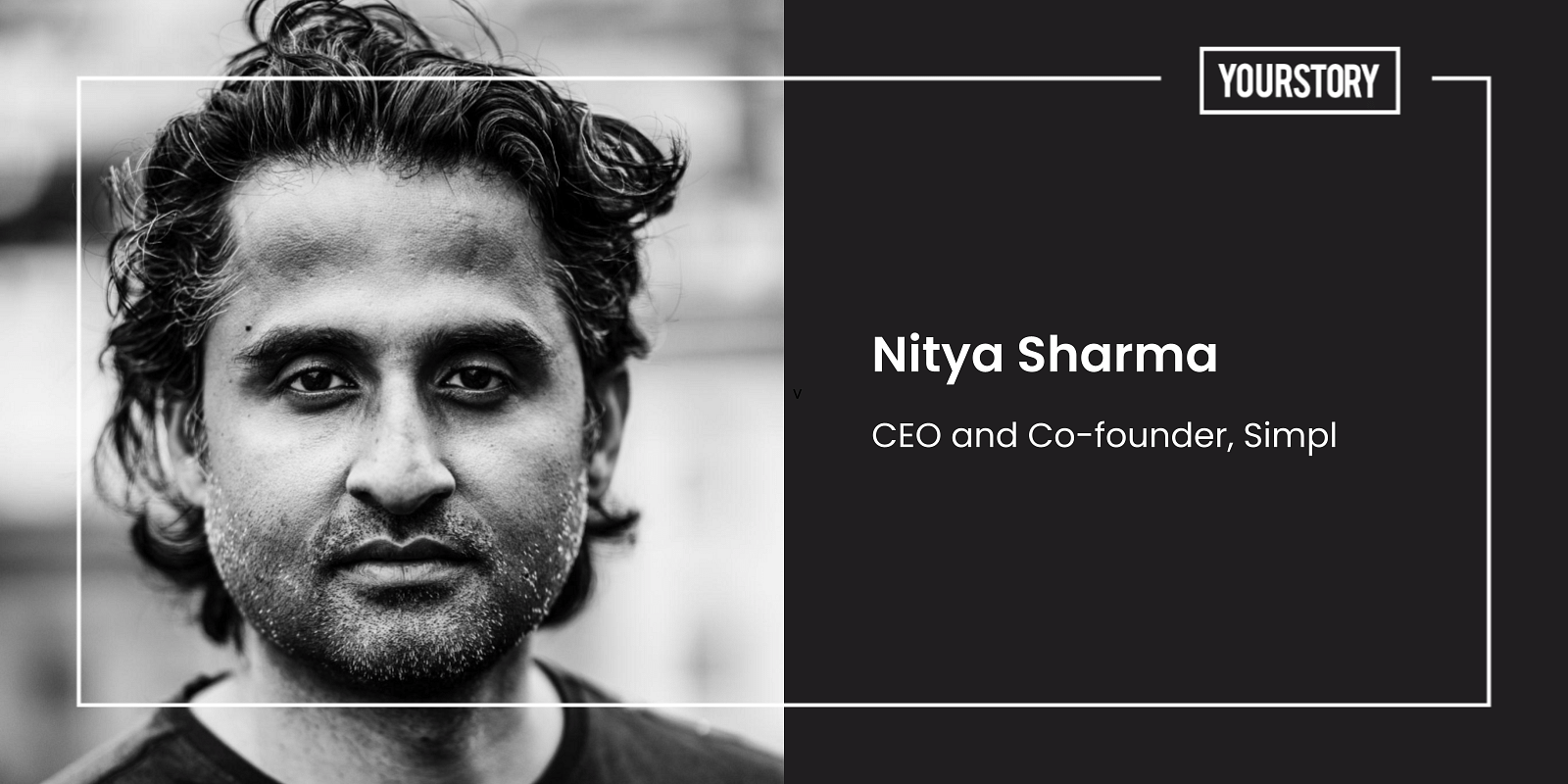 As a part of its commitment to gender diversity, Simpl is proactively putting efforts to bridge the male to female ratio in its engineering department. With women leaders already heading essential functions such as the Partner Success, Data Science, and Engineering teams, Simpl aims to establish a gender-balanced organisation over the coming years.

Nitya Sharma, Co-founder, Simpl, said, “At Simpl, we are constantly hiring talent with similar values, diverse backgrounds, and a passion for making a meaningful impact on changing the world for the better. We believe that a strong technology and engineering team would help us scale up the business and ensure continued operational excellence.”

Founded in 2015 by Nitya Sharma, Simpl is on a mission to empower merchants to build trusted relationships with customers, one transaction at a time. It has over 10,000 available merchants and 25 million-plus users pan-India.

While lifestyle category sellers with Unicommerce can add Udaan as a marketplace to further extend their consumer reach, existing sellers on Udaan can integrate all their operations on Unicommerce’s platform to streamline their operations and deliver products efficiently.

At present, Unicommerce, an ecommerce focused supply chain SaaS platform, processes over one million items daily and works with some of the biggest retail brands and ecommerce players of India. 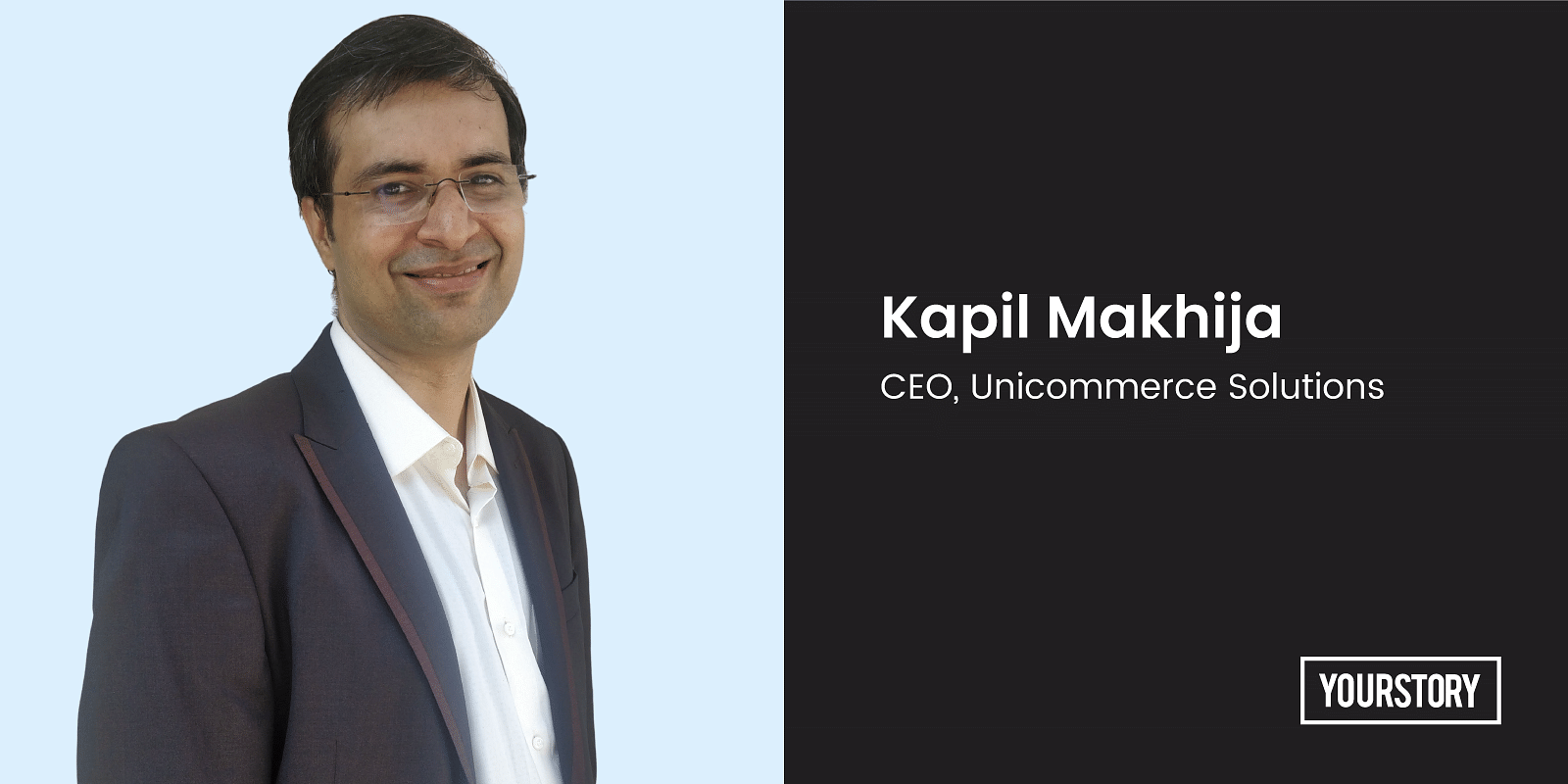 The 15-day programme aims to provide students practical exposure to what startups founders do as they learn to create Shark Tank-style business pitches. Working in groups of two or three, students take a ‘behind-the-scenes’ tour of entrepreneurship, guided by a Clever Harvey facilitator.

Founded by Sriram Subramanian and Madhu Agrawal in 2020 as a D2C division of Callido Learning, Mumbai-based Clever Harvey is building India’s largest career accelerator for teenagers.

A recognised angel investor, Satyabrata Das has over 25 years of experience at scaling multiple organisations across India and Kenya. He was previously the Finance Director of one of Kenya’s largest multinational companies and has mentored over 20 growing startups across the globe.

Harish Menon is a respected Chartered Accountant and has over 20 years of experience in financial markets and investment consultation. Registered with SEBI as an investment adviser, Harish has invested in over 20 nascent startups in the previous year alone.

Romil Kapadia has experience of over 15 years in asset management and an extensive network of investor relationships. Serving as the Managing Partner at Motilal Oswal Private Wealth Management, Romil has been awarded the ‘40 Under Forty 2022’ title by Equalifi and Edelweiss.

Mona Singh, Co-founder, India Accelerator, said, “I am overjoyed to welcome Satya, Harish, and Romil to the IA team as principal partners. With their business acumen, leadership skills, and vast experience, we hope to vault India’s startup economy to unprecedented heights. Under their leadership and enlightenment, we are also looking forward to scaling our angel network and strengthening our global expansion plans.”Gupshup rebrands amidst product growth, global expansion

Gupshup claims conversational engagement push has led to triple-digit business growth, with 44,000 customers overall. The startup has raised $340 million in the last 12 months, made two key acquisitions in the last six months, and expanded into 30+ countries across five continents.

Gupshup has continued product-driven innovation across cPaaS, cCaaS, CX and Conversational AI, with 5X growth in the number of employees globally.

The new tagline “One-on-one. With everyone” underscores Gupshup’s brand promise of creating AI-powered, personalised, one-on-one conversations on messaging and voice channels for businesses and their millions of consumers across marketing, commerce, and support workflows. 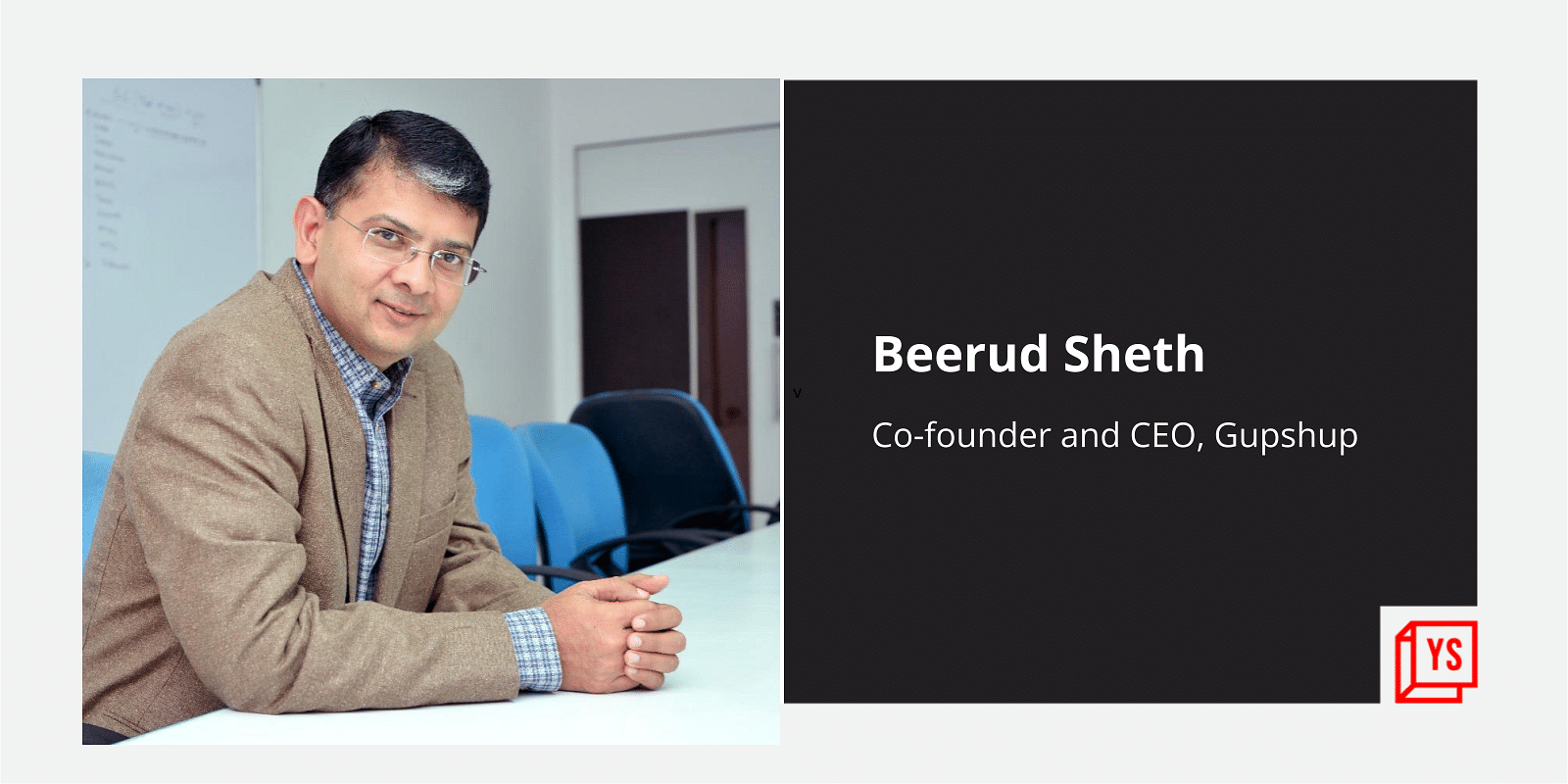 Piaggio Vehicles launched its first-of-its-kind electric dealership experience centre in Bhopal, which will give customers a platform to access a complete range of newly launched FX range (fixed battery) of electric vehicles (EVs) in both cargo and passenger segments.

Saju Nair, EVP and Head of Commercial Vehicle Business, Piaggio India Pvt Ltd. said, “We are glad to announce our first electric three-wheeler experience centre in Bhopal, Madhya Pradesh. The lucrative opportunities shared by the government of Madhya Pradesh with multiple incentives for electric vehicles has boosted electric vehicle adoption. This also aims in achieving the target of 25 percent of all new vehicle registration to be EV by 2026. Such an initiative has created a suitable environment for players like us to enter the market.”

The new Apé E-Xtra FX is the most powerful electric cargo in the segment with a 9.5 KW power output. It comes with a proven full metal body architecture fitted with a useful 6 ft. cargo deck length. It is also customisable for applications like the delivery van, garbage collector, etc. The passenger vehicle, Apé E-City FX is the most profitable three-wheeler.

Escape Your Fear by Admitting Your Afraid

Hotel check in: Your complete guide to processes, strategies, and software