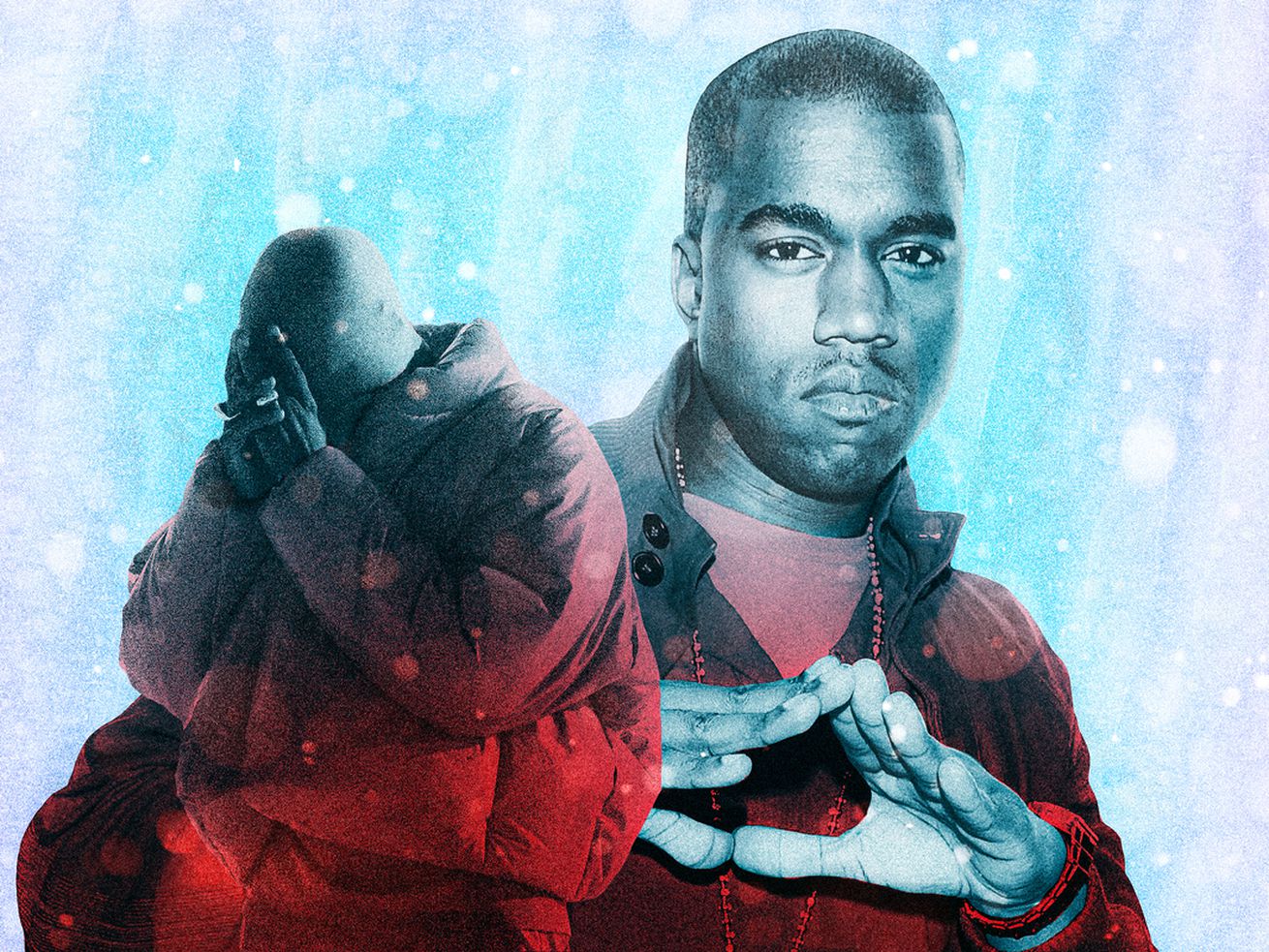 Kanye West has always been a zealot, yet his crude heroism now strikes many listeners as antagonism. Why now?

I understand why some fans now defend Kanye West more vigorously than ever before. He’s consistently making the worst music of his career, but for the past decade he’s also been leading a spectacular rebellion in American celebrity and popular music.

Kanye releases his music and fashion with the utmost conviction. His self-importance serves you, not him; his self-importance is killing him but letting you witness the glitziest self-immolation you’ll ever see. For Taylor Swift’s next album rollout, she’ll shoot a Starbucks commercial and call it a day. Jay-Z won’t even roll out of bed. Kanye gives like no one else gives. His rebellion is much more interesting and exciting, if not a lot more annoying, than whatever Drake is up to this week. It’s a spiritual revival, nominally about Christ, but really about “the crazy ones, the misfits, the rebels, the troublemakers.” Kanye always has been one himself, bold enough to perform at peak passion and maximum exposure in such a boring and stifling landscape. Meanwhile his critics have become somehow more angry and sanctimonious than even he is. So I get the urge to defend him from the many knives out for Donda, I really do. For very different reasons, both Kanye’s fans and his critics have experienced the past few years as a betrayal.

What’s changed, really, in the past couple of decades of Kanye West? There’s bitter sexuality and grudging Christianity all over The College Dropout. There’s a hunger for prestige all over Late Registration, coproduced with the Hollywood composer Jon Brion. There’s radicalized grief all over 808s & Heartbreak, and there’s proud villainy all over My Beautiful Dark Twisted Fantasy. Yet his crude heroism now strikes many listeners as antagonism. Why now? Was it really just Donald Trump? Kanye’s always been a zealot, waging a lifelong series of aesthetic debates staged for the most part in his own mind. His fans and his critics write reams upon reams of pop-psychoanalysis dedicated to making him make sense. Sure, we can distinguish his musical, sartorial, and political phases; but in the nearly 18 years since The College Dropout, you’ve changed far more than he’s changed.

He’s always a toss-up between two modes: provably righteous and utterly disingenuous. He broke out with a hit single about how he’s not allowed to make a song about Jesus and now he’s accusing Universal Music Group of censorship for … releasing his album. Kanye always has been wrong and ridiculous in exactly this way. The millennial consensus always has been a bit too credulous and ideological about the guy—it just used to be a lot more positive. It was calling him a world-historical genius and messiah right up until it was, for some Black people, calling him a coon.

Kanye supporting Trump so vocally broke so many hearts and brains, but Kanye has been exhausting his own fandom for a while now, beginning with his long and pathetic rants about fashion houses during the promo for Yeezus. It wasn’t enough for you to be a lifelong fan of his music. You needed to become a quasi-political supporter of his multidisciplinary crusade, defined by weird beefs and shameless begging. This was asking a lot. To this day, I couldn’t pick Hedi Slimane out of a police lineup. I wouldn’t let Virgil Abloh dress my dog. I love Yeezus, but Kanye was not about to have me out here buying nurse shoes and distressed smocks for $2,000. For such a heterodox figure, Kanye sure did seem eager to have me regard his haggling with Yves Saint Laurent and Nike as a civil rights struggle. Still, Kanye was devising a new and provocative style of pop stardom in the digital age, divergent from the standard radio metrics but rather successful on its own peculiar terms. Since Yeezus, he’s spawned his own massive and self-sufficient musical universe.

I’d feel a bit ridiculous describing the marketing campaign for a pop album as high art. But clearly Kanye takes these post-Yeezus rollouts quite seriously. This time around he built a three-bedroom house in the middle of Soldier Field; he ascended to a 300-foot-high arena ceiling on a wire in Atlanta. He’s not kidding. I’m clearly meant to “enjoy” these rollouts much as I would enjoy the music. Kanye’s not “finishing his album.” He’s performing. I always want to give him credit, on some level, for his relentlessness to do so. There’s real risk and generosity in this shtick. Celebrity is the great American canvas, and Kanye makes a great mess of that canvas. The music industry and its sponsors sabotage artists, and Kanye makes a great mockery of these commercial arrangements. He’s making mischief. That’s a rapper’s job, yeah? That’s Kanye’s money-back guarantee.

But let’s be clear: For every escalation of his celebrity, Kanye’s songwriting suffers. Kanye’s albums are increasingly about his fame and its discontents, and this is becoming his only idea about anything. It’s only so interesting after so many albums about the same vices and grievances—in increasingly disorganized lyrics, over worse and worse beats. The fans and the critics need to have a heart-to-heart conversation with each other. Do you love/hate Kanye the musician or do you love/hate Kanye the celebrity? The songs or the process? Was Donda, as music, ever going to beat the intrigue in watching this weirdo make his bed in residence at a football stadium?

At some point in the past decade—when, exactly, depends on your own taste and patience—Kanye West stopped earning your admiration with his music and started demanding it with everything but. That’s the real change, and that’s what’s so hard to watch and hear in this latest phase: the screeching desperation for loyalty, bordering on fealty. Even there I want to give Kanye some credit, for dramatizing a profound yearning. We all need love, we all seek validation, and we all get a bit darker when deprived. But goddamn. I can give him only so much credit for the worst music of his career, his many other hobbies and exhibitions notwithstanding.

The Future of Hospitality is Now.